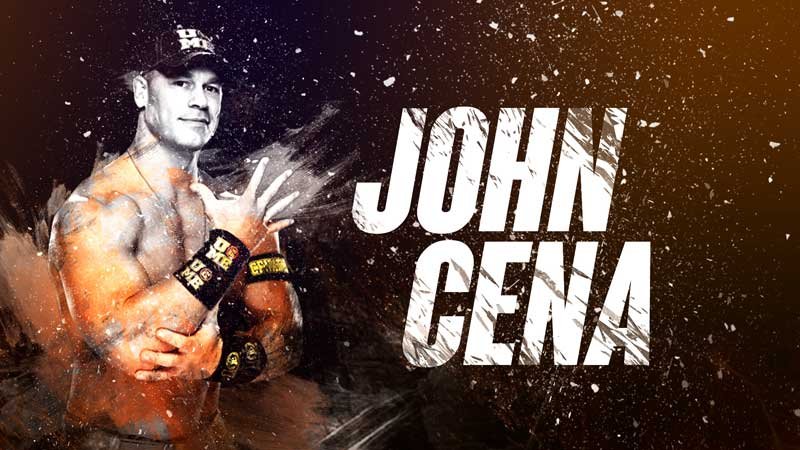 John Cena is probably the greatest WWE Superstar of all time. The 16 time WWE champion has been one of the most dedicated, hardworking, consistent and entertaining performers the world has ever seen.

Cena has always been polarising with WWE fans and very few can evoke the emotional response like him in the WWE universe.

He has served an inspiration to millions of younger fans with his super heroic strength and message of “Never Give Up”. In fact, Cena has been one of the most requested people for children in the Make A Wish Foundation.

Given his natural charisma, vocal talent, physique and engagement with the audience it was inevitable that he would follow in the footsteps of The Rock (Dwayne Johnson) and pursue a career in acting.

Below you’ll find the best John Cena quotes that will motivate and inspire you to never give up on your dreams. Hope you enjoy them!

2. “If you don’t learn from your mistakes, then they become regrets.” – John Cena

3. “I literally wake up and try to tackle every day the best I can and do my best to try to make life as productive and positive as I can.” – John Cena

4. “When I hear people boo, that just makes me want to go out there and work harder.” – John Cena

5. “A lot of times, people are reserved or maybe scared of testing what your body is capable of. I’m not.” – John Cena

6. “Be loyal to those who are loyal to you. And respect everyone, even your enemies and competition.” – John Cena

7. “The big moments for me are moments when I can actually contribute.” – John Cena

8. “I hang out with a lot of the people I did when I was in high school, when I was in college, and I have a strong unit of people around me, whether it be friends or family, and if my head gets too big, they will definitely check me immediately.” – John Cena

10. “As a kid, what brought me in the gym, what got me in there every day was a chance to break your personal best, a chance to be strong; I just really, really dig that.” – John Cena

11. “Whether fighting or spitting, my discipline is unforgiving!” – John Cena

12. “The days I see a Make-A-Wish kid are the best days of the week. It’s a real privilege. I give them exactly what they give me – hope.” – John Cena

13. “I’ve always been a fan of Derek Jeter. Guys that consistently, throughout a long-term career, that not only have success but are very aware of their situation – I really dig that.” – John Cena

15. “When people show loyalty to you, you take care of those who are with you. It’s how it goes with everything. If you have a small circle of friends, and one of those friends doesn’t stay loyal to you, they don’t stay your friend for very long.” – John Cena

16. “People can say whatever they want about the sport of bodybuilding, but to get prepared to do a contest or even think about doing a contest, or even to get into decent shape, it requires a certain amount of discipline, and it comes from taking a new year’s resolution to a lifestyle.” – John Cena

17. “There are moments in life where it gets so hectic that time becomes a blur. Keep calm and never give up.” – John Cena

18. “I’m the guy who’ll drive 250 miles tonight and be at the gym tomorrow at 10 A.M., when people are still sleeping in. I’m the guy who’ll fly to Australia and find a gym. Fly back and first thing I do off the plane is work out before I shower or eat.” – John Cena

19. “When you look back at your body of work, no matter what your career path, by the time you hang ’em up, if you can say, ‘This place is in better shape than when I started,’ then you did good.” – John Cena

21. “I was very unique as a child, dressed a certain way, acted a certain way, didn’t fit in with everybody. So I immediately got picked on, especially around the age of 12 and 13, when you start going to junior high and start mingling with the older kids. To counteract that, strictly for self-defense, I wanted to get bigger.” – John Cena

23. “There is only one Dwayne Johnson. What Dwayne has done is absolutely fantastic. He had a vision when he was here at WWE. He promotes like a mad man. We’ll see how I do with John Cena before I can be mentioned in the company of Dwayne Johnson.” – John Cena

25. “The conditioning and the lifestyle changes you have to make to remain a healthy athlete are what molded me into what I am today.” – John Cena

27. “When I was first starting to achieve success in the WWE, I got to be surrounded by the last class of true greats, and they all had little tips and secrets. You learn a lot from watching somebody work.” – John Cena

28. “A man’s character is not judged after he celebrates a victory, but by what he does when his back is against the wall.” – John Cena

31. “A true champion is not judged by how much he or she is admired, but by how well they can stand at the face of adversity.” – John Cena

32. “When the day comes when you don’t believe in yourself there’s the door, get the hell out.” – John Cena

34. “When you are surrounded by people who are much better than you, you have two choices: You can sh*t the bed, and the performance can go to hell. Or you can step up and rise to the occasion.” – John Cena

35. “Time management is the key. Although it seems hectic, as long as you manage your time properly you can get everything done.” – John Cena

Did you like these motivational quotes by John Cena?

What are your favourite John Cena quotes? Let me know in the comments and please share this post to help and inspire others.