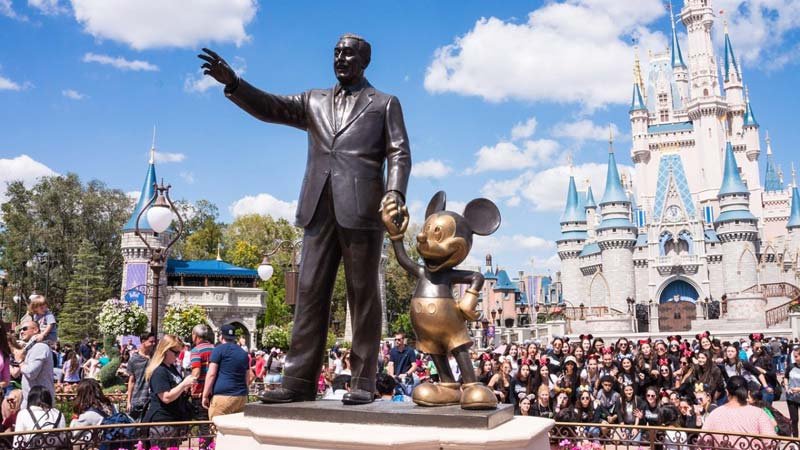 As an entrepreneur you have your highs and your lows.

Failure, rejection, being broke and even having multiple side hustles to keep your dreams alive are not uncommon.

It can also get really lonely and sometimes a bit of doubt and depression can kick in. Being an entrepreneur is not for everyone but if you’re still on your journey then you already know that nothing would ever feel better than realising your dreams and making your vision a reality.

It can be hard though, to keep faith in that vision and that’s when some timely inspiration can really help.

So I wanted to share a short version of Walt Disney’s story to give you the inspiration to keep on going.

Walt Disney will forever be remembered as a man who’s vision continues to shape our reality long after he has passed.

Did you know that when he first had the idea for Mickey Mouse Walt Disney was rejected by bankers 300 times because they thought the idea was absurd?

Now imagine what it would have been like for Disney going through all those rejections. Friends, family and everyone else’s opinion we seem to care about…

How would you cope with a lot of them telling you that maybe you should give up and do something else? That you’re crazy?

Would you continue to have the same faith, belief and enthusiasm about your idea after the 200th rejection?

Thankfully Walt Disney was a man with a crystal clear vision, a ton of faith in that vision and the sheer persistence to keep on going. He also believed in himself enough to make it happen and sometimes that what we need more of: Self-belief.

What’s even more inspiring about Walt Disney’s story is that before all the rejection even came he was fired by a newspaper editor for “lacking creativity”.

That alone could have been enough to crush his dreams before he even started to pursue them.

The sweet ending is that Disney went on to purchase ABC in 1996, which at that time owned the Kansas City Star, the very newspaper that fired Walt Disney.

It means that the very newspaper that fired him became part of the empire that he had built.

I think a lot of entrepreneurs fail because they quit too early but Disney’s story shows us that perseverance can pay off.

To persevere in the way that Walt Disney did requires a clear vision, it requires self-belief and it means that you have to be sold on your idea before you can ever sell anyone else on it.

If there is a need for what you want to do then take a page from Walt Disney’s book, keep persevering against the obstacles and never give up.

“All the adversity I’ve had in my life, all my troubles and obstacles, have strengthened me… You may not realize it when it happens, but a kick in the teeth may be the best thing in the world for you.” – Walt Disney

Related Topics:DisneyentrepreneurfailureinspirationmotivationrejectionsuccessvisionaryWalt Disney
Up Next