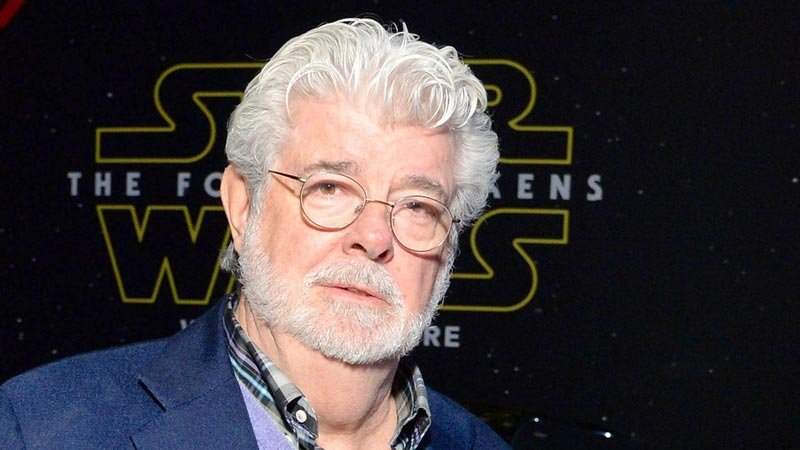 George Lucas is one of the best-known names in Hollywood. The American filmmaker and entrepreneur is the man responsible for creating the famous Star Wars and Indiana Jones franchises.

He is also known for founding Lucasfilm and Industrial Light & Magic. George Lucas served as the chairman and CEO of Lucasfilm before selling it to the Walt Disney Company in 2012.

As of 2018, George Lucas has a phenomenal net worth of $5.6 billion. He has been nominated for 4 Oscars, has won more than 55 awards and received 33 nominations. With over 500 movie credits to his name he has also been one of the most productive people in Hollywood.

The George Lucas quotes below will give you an insight into his mindset and how he became so successful.

1. “You simply have to put one foot in front of the other and keep going. Put blinders on and plow right ahead.” – George Lucas

2. “Part of the issue of achievement is to be able to set realistic goals, but that’s one of the hardest things to do because you don’t always know exactly where you’re going, and you shouldn’t.” – George Lucas

3. “It’s hard work making movies. It’s like being a doctor: you work long hours, very hard hours, and it’s emotional, tense work. If you don’t really love it, then it ain’t worth it.” – George Lucas

4. “I realized why directors are such horrible people – in a way – because you want things to be right, and people will just not listen to you, and there is no time to be nice to people, no time to be delicate.” – George Lucas

6. “Whenever you do something, people try to re-do it and do a better version, especially if they’re in another country.” – George Lucas

7. “I was never interested in being powerful or famous. But once I got to film school and learned about movies, I just fell in love with it. I didn’t care what kind of movies I made.” – George Lucas

8. “The secret is not to give up hope. It’s very hard not to because if you’re really doing something worthwhile I think you will be pushed to the brink of hopelessness before you come through the other side.” – George Lucas

9. “There should be a point to movies. Sure, you’re giving people a diversion from the cold world for a bit, but at the same time, you pass on some facts and rules and maybe a little bit of wisdom.” – George Lucas

12. “None of the films I’ve done was designed for a mass audience, except for ‘Indiana Jones.’ Nobody in their right mind thought ‘American Graffiti’ or ‘Star Wars’ would work.” – George Lucas

13. “I’m not much of a maths and science guy. I spent most of my time in school daydreaming and managed to turn it into a living.” – George Lucas

14. “A lot of people like to do certain things, but they’re not that good at it. Keep going through the things that you like to do, until you find something that you actually seem to be extremely good at. It can be anything.” – George Lucas

15. “I’ve never been that much of a money guy. I’m more of a film guy, and most of the money I’ve made is in defense of trying to keep creative control of my movies.” – George Lucas

16. “Dreams are extremely important. You can’t do it unless you imagine it.” – George Lucas

18. “The best way to pursue happiness is to help other people. Nothing else will make you happier.” – George Lucas

19. “The ability to speak does not make you intelligent.” – George Lucas

21. “Train yourself to let go of the things you fear to lose.” – George Lucas

22. “You have to find something that you love enough to be able to take risks, jump over hurdles and break through the brick walls that are always going to be placed in front of you. If you don’t have that kind of feeling for what it is you are doing, you’ll stop at the first giant hurdle.” – George Lucas

23. “Someday you’re going to have to learn to separate what seems to be important from what really is important.” – George Lucas

24. “If you want to be successful in a particular field, perseverance is one of the key qualities.” – George Lucas

25. “We are all living in cages with the door wide open.” – George Lucas

28. “Many of the truth we cling to depend greatly upon our own point of view.” – George Lucas

29. “Don’t avoid the cliches – they are cliches because they work!” – George Lucas

30. “Education is the single most important job of the human race.” – George Lucas

31. “I had a problem: a story I wanted to tell… So I went and found the technology to do it. In the process of making ‘Star Wars,’ there weren’t any visual effects houses, so I had to invent one.” – George Lucas

32. “I put all of my resources into pushing the evolution in an industry that is notoriously backwards and I enjoy pushing that envelope.” – George Lucas

33. “Fear is the path to the dark side. Fear leads to anger. Anger leads to hate. Hate leads to suffering.” – George Lucas

34. “Everybody has talent and it’s just a matter of moving around until you’ve discovered what it is. A talent is a combination of something you love a great deal and something you can lose yourself in.” – George Lucas

Did you find these George Lucas Quotes inspiring?

If you liked these George Lucas quotes then please share this post to help and inspire others.