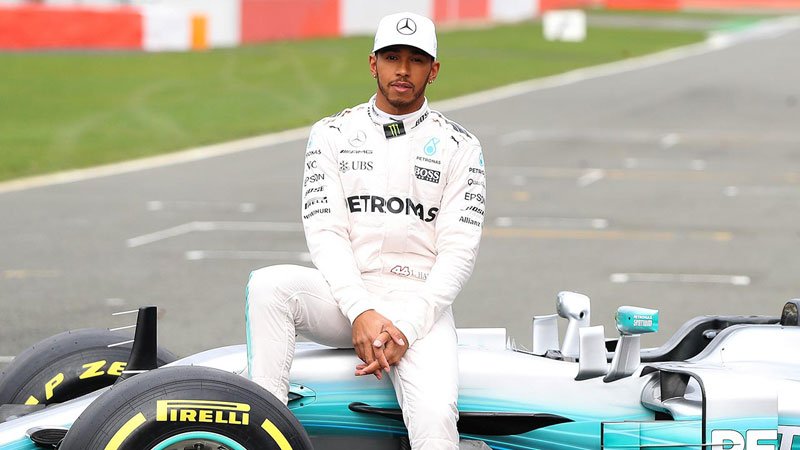 Lewis Hamilton is a British racing driver who races in Formula One for Mercedes AMG Petronas. He is considered by many to be the best driver of his generation and one of the greatest drivers in F1 history.

The 5 time Formula One world champion’s focus, willingness to learn and insatiable desire to win is what has made Lewis Hamilton so successful. Below are the most inspiring Lewis Hamilton quotes that will motivate you to success.

2. “I feel like people are expecting me to fail, therefore, I expect myself to win.” – Lewis Hamilton

3. “A shark? No, I like to think I’m more like a panther. A shark attacks from behind without you knowing. With a panther, you know it’s coming but he still gets you.” – Lewis Hamilton

5. “My saying is; We win and lose together. I think that really does apply to both my fans, family and the team.” – Lewis Hamilton

7. “I want to be the best at everything I do, not just driving, everything.” – Lewis Hamilton

9. “Sure every driver has his value and you want to be respected but again money is not something that drives me.” – Lewis Hamilton

10. “I feel like I’ve been blessed with the ability to do what I do.” – Lewis Hamilton

11. “I want to be the best driver there has ever been.” – Lewis Hamilton

12. “I think grooming is definitely undervalued by men. We all expect women to be fully groomed, which they do. But I also think it’s just as important for a man to look fresh and clean.” – Lewis Hamilton

13. “Winning is definitely the ultimate goal, the lessons learned when I don’t win only strengthen me.” – Lewis Hamilton

14. “I always thought, if I can affect one kid and help him or her fulfill their dreams, that would be kinda neat, so I want to ensure that I’m remembered in a good way.” – Lewis Hamilton

15. “I don’t know if you’ve ever been skiing, but if you go to the slope you’ll see all these kids fearlessly zooming by. It’s only when we get older that fear creeps in. But for me, it just never has. And when it comes to racing, it’s always about who is willing to go further, who is willing to take that extra step. I’m willing to take any amount of pain to win. I’m hungry to win.” – Lewis Hamilton

17. “Everyone has complicated lives, but the more you can simplify it and make it work for you, the better it is going to be.” – Lewis Hamilton

18. “Going for a really long run, a bike ride, or cross-country skiing helps me get away from all the noise. I tell myself, ‘The pain you’re feeling, just enjoy it because it’s going to help you across that finish line first.’ If you’re having a crap day, go for a run. It makes a big difference.” – Lewis Hamilton

21. “I like taking risks. I like trying new things, whether it be style or restaurants or whatever.” – Lewis Hamilton

22. “I hate losing. It doesn’t matter if it’s racing or playing Ping-Pong – I hate it.” – Lewis Hamilton

23. “What people tend to forget is the journey that I had getting to Formula One. There were plenty of years where I had to learn about losing and having bad races.” – Lewis Hamilton

24. “I’m just super competitive. Squash, tennis, water skiing, computer games… Even if I played you at pool, I’d have to win.” – Lewis Hamilton

26. “There are times when you are growing through experiences, but sometimes there is a point of diminishing returns in terms of growth.” – Lewis Hamilton

27. “My dad wanted me to have a better life than he had ever had. He wanted us to succeed so badly. And I never wanted to let him down.” – Lewis Hamilton

28. “It’s important for everyone to stand up for what they believe in.” – Lewis Hamilton

30. “I want to crush everyone. I want to outsmart everyone.” – Lewis Hamilton

31. “I’ve accomplished more than I ever dreamed. But I’m hungry for more.” – Lewis Hamilton

32. “In racing there are always things you can learn, every single day. There is always space for improvement, and I think that applies to everything in life.” – Lewis Hamilton

33. “I always remind myself if I’m having a down day because of a bad race it’s not just me. That feeling I’m having is shared by my family, the team and my fans. When we win they feel the joy as well. That’s why I say we win and lose together, and I definitely couldn’t do it without them.” – Lewis Hamilton

Did you find these Lewis Hamilton Quotes inspiring?

If you liked these Lewis Hamilton quotes then please share this post to help and inspire others.

37 Tyrese Gibson Quotes That Will Inspire You To Success

19 Lakshmi Mittal Quotes To Be Successful