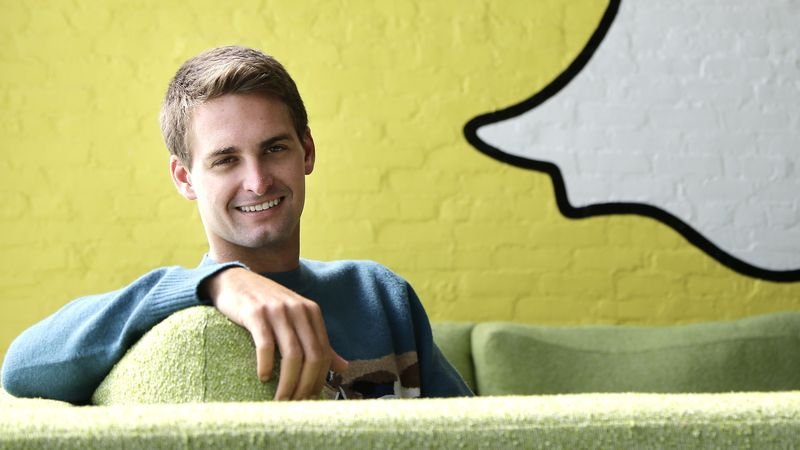 Evan Spiegel is the co-founder and CEO of Snap Inc. In 2015, at the age of 25 he became the youngest billionaire thanks to the success of Snapchat.

Spiegel created Snapchat with Bobby Murphy and Reggie Brown while they were students at Stanford University. He famously rejected a $3 billion offer from Mark Zuckerberg to buy Snap Inc and is seen as one of the most innovative product thinkers around.

Below I’ve put together a collection of 21 insightful Evan Spiegel quotes about business and success. Enjoy!

2. “Technology businesses in general are susceptible to hacking. That’s why you have to work really, really, really hard with law enforcement, with security experts, internal and external groups, to make sure you’re paying attention and addressing security concerns.” – Evan Spiegel

3. “I am a young, white, educated male. I got really, really lucky. And life isn’t fair.” – Evan Spiegel

4. “I don’t want to disrupt anything. We never conceive of our products as disruptive – we don’t look at something and say, ‘Let’s disrupt that.’ It’s always about how we can evolve this and make this better.” – Evan Spiegel

5. “I’d like to create a space for people who have a lot of talent but not a lot of reach.” – Evan Spiegel

6. “I think, with any new product that’s difficult to understand, there are always lots of questions and criticism. I think we have all the right criticism. We’re just going to keep executing on what we believe.” – Evan Spiegel

7. “People are going to copy your product if you build great stuff. Just because Yahoo has a search box doesn’t make it Google.” – Evan Spiegel

8. “It’s important to be thoughtful and mindful about the things you say to other people.” – Evan Spiegel

10. “I think diversity is a challenge everywhere.” – Evan Spiegel

12. “Someone will always have an opinion about you. Whatever you do won’t ever be enough. So find something important to you. Find something that you love.” – Evan Spiegel

13. On not giving up before Snapchat: “We would experiment and fail. We must have attempted nearly 34 projects.” – Evan Spiegel

14. “When we’re in that kind of childish space, we’re more genuine and feel more comfortable with our friends.” – Evan Spiegel

15. “In times of despair, you may believe the cynic who tells you that one person cannot make difference – and there are times it may be hard to see your own impact. I beg you to remember that it is not possible at this time or any time to know the end results of our efforts.” – Evan Spiegel

16. “We do all sorts of silly things to avoid appearing different.” – Evan Spiegel

17. “Conforming happens so naturally that we can forget how powerful it is – we want to be accepted by our peers – we want to be a part of the group. It’s in our biology. But the things that make us human are those times we listen to the whispers of our soul and allow ourselves to be pulled in another direction.” – Evan Spiegel

18. “There are very few people in the world who get to build a business like this. I think trading that for some short-term gain isn’t very interesting.” – Evan Spiegel

19. “One of the saddest things that happens with creativity…I think sometimes it isn’t expressed because of fear. Everyone is born very, very, very creative, but at some point it can be scary to try to do something new, that feels different.” – Evan Spiegel

20. “Don’t feel bad if you sell out. Just don’t stop there. Find something you aren’t willing to sell.” – Evan Spiegel

21. “When we face uncertainty, we encourage everyone to press forward and believe in the values of the product.” – Evan Spiegel

Did you find these Evan Spiegel Quotes inspiring?

67 Andy Frisella Quotes That Will Motivate You To Success