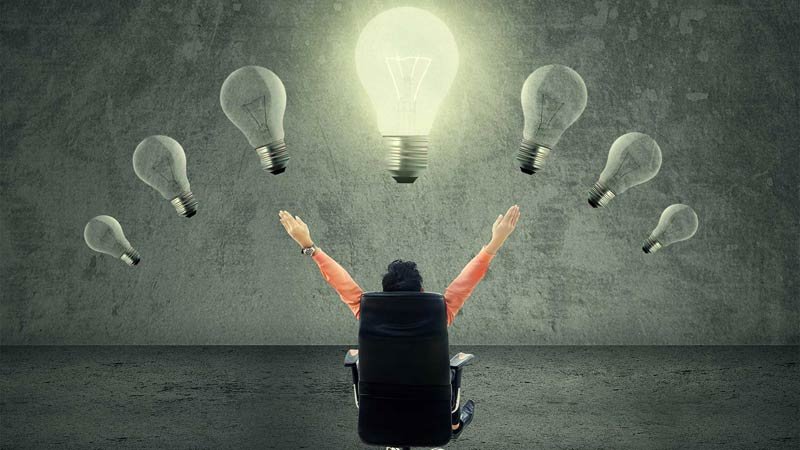 Have you ever wanted to do something only to find out your idea has already been done?

What are you supposed to do?

Whether it’s a business idea, a book you want to write, a product you want to create…maybe its just a concept, opinion or theory you want to share with the world, and other people have already said exactly what you wanted to say.

What are you to do?

This is normally a sticking point for a lot of people and it has been for me too. Nobody wants to come off unoriginal, nobody wants to be seen as a copycat or just as someone ripping off another idea, so how do you get past this?

As Gary Vaynerchuck says “Ideas are shit. Execution is the game”.

The truth is there isn’t much out there that hasn’t been done before. Whether that’s in the form of a business, a service, a product, a book, website, blog…

What matters most is how you execute.

Can you do it faster, better, cheaper? Can you present it differently? Can you target a specific audience?

Heck when I decided to start SucceedFeed.com I knew there were hundreds if not thousands of websites talking about success, motivation, personal development, entrepreneurship etc.

Truth be told, apart from my own opinions or the way I communicate, at the time of writing I haven’t figured out how to be that unique because its all been done at some level, but I do have a bigger vision and I know its just a matter time and how I execute.

Competition is a good thing. Competition validates the market for you. It means that there is a need there.

Can you meet those needs better? Can you do it with your own twist?

Now I’m not saying go and compete with Facebook by creating a Facebook clone, that would be silly, but that didn’t stop LinkedIn from creating a different type of social network.

In fact when Mark Zuckerberg was creating Facebook he didn’t stop because Myspace already existed.

The dating app Tinder didn’t stop many other entrepreneurs from creating dating apps that provide a different experience.

There is more than one burger shop…Just imagine if everyone didn’t bother because Mcdonald’s had already done it and was too big.

Steve Jobs didn’t invent the computer, or the digital music player or the mobile phone but he innovated all three areas.

Are you getting the point?

Just because it’s been done and there is competition doesn’t mean that you can’t do what you want to do.

Obviously if there are patents or other restrictions you need to work around those but if you really want to do something then do it!

The reality is whether there is competition or not, success takes work and you may fail a couple of times too but if you are offering real value you will get results.

In my opinion the only reason you shouldn’t do anything because of competition is because it doesn’t make business sense to do so.

If you have nothing unique to offer and the numbers don’t stack up with what your goals or ambitions are then do something else.

But if it’s your passion and you can live the life you want doing it, then do it and don’t let the competition scare you. New customers are being created daily and they can be yours if you take action.

You must get rid of the thought of competition. You are to create, not to compete for what is already created. – Wallace D. Wattles

The World Needs You

Even if you have a new, brilliant and unique idea it won’t be long before someone else will do it too.

But lets say someone has done what you wanted to do and maybe you feel like there is very little you can do to differentiate.

Sometimes when I want to write something or say something there is already someone who has done it and they have done it in the exact way I wanted too.

Even this particular blog post title, Google it. When I did I saw Entrepreneur.com, Inc.com, MarieForleo.com…how would I compete against heavy hitters and well known contributors? Why would anyone read what I have to say? Will people just think I copied them? How can I say something different? How can I be unique?

Sometimes you can’t and that’s OK.

My advice is just to be yourself and do what you want to do. If other people want to judge you and think you copied someone then let them.

If you are doing something good then keep on doing it because the world needs more of it.

Sometimes I have read books, or watched videos and everything and its all the exact same message, the exact same content but for some reason I resonate and am influenced by certain people.

Two people can say the exact same thing and one of them may just say it in a certain way that makes it click for me and makes a difference.

So I want to end this by saying that the world needs you. Never underestimate the difference you can make.

How To Use Stephen Covey’s 4 Quadrants To Be Productive

77 Famous Voltaire Quotes That Will Enlighten You

If you’re looking for the best collection of Voltaire quotes then look no further. François-Marie Arouet, known by his pen...