Do you want to be more productive?

We all have the same 24 hours in the day and so being productive is about working smarter rather than harder. It’s about managing ourselves more than managing our time to get the most out of each day.

This comes down to the habits we subconsciously operate with on a daily basis. It could very well be that your habits are sabotaging your productivity without you even being aware of it.

“We first make our habits, and then our habits make us” – John Dryden

Below you’ll find 12 bad habits that you should stop if you want to be more productive.

You’ve probably heard a lot of health experts and dietitians tell you that breakfast is the most important meal of the day.

Well when it comes to your productivity it definitely is.

By the time you wake up its likely that you haven’t eaten for more than 10 hours, which is where breakfast got its name – it means “breaking the fast”.

The first meal of the day is what revs up your metabolism and replenishes your blood sugar levels which helps you to focus and be productive throughout the day.

When your blood-sugar levels are low it becomes much harder to focus and you’re more likely to feel tired, irritable and impatient.

If you want to start your day right then the ideal breakfast would be a balance of high-fiber carbohydrates with some lean protein.

The fiber not only helps you feel full but it also helps to raise your blood-sugar at steadier pace and keeping your energy levels consistent.

2. Eating too much sugar

Sticking on the subject of blood-sugar levels, when you eat too much sugar you’re just asking for trouble.

Glucose is the fuel for all our cells and your brain needs it to concentrate on challenging tasks. When you get too much of it though it can leave you jittery and unable to concentrate.

The research shows that 25 grams of glucose is the sweet spot but where you get those from is what determines your productivity.

If you source your glucose from refined sugar products like donuts, sodas and sweets the energy boost will only last a mere 20 minutes, whilst oatmeal and other complex carbohydrates will release their energy slowly, enabling you to sustain your focus.

3. Not getting enough sleep

Sleep is one of the most underrated and often neglected activities that has a direct impact on our productivity, happiness and decision making.

A recent McKinsey study shows the direct correlation between getting sleep and workplace inefficiency.

If we don’t get enough sleep then we degrade the prefrontal cortex – the part of the brain where the problem-solving functions are housed.

As Arianna Huffington explains here, working 24/7 “we now know is the cognitive equivalent of coming to work drunk.”

Decide on a reasonable time to stop working and start powering down.

4. Using your phone, tablet or laptop in bed

These days we’re so inseparable from our devices that your phone is likely to be the last thing you look at in bed.

The problem is that the LED screen of our phones, tablets and laptops give what is called blue light.

Studies have show that it can not only damage our vision but also suppress the production of melatonin, a key hormone that helps regulate the sleep cycle.

If you must insist on using your phone nearing bed time thankfully there are apps like twilight that will help reduce blue light.

Do you sometimes wake up before your alarm clock goes off?

At some point we’ve all experienced that and its because your brain knows its time to wake up and is ready to do so.

When you sleep your brain goes through a complex series of cycles, the last one of which prepares you to be alert when its time to wake up.

If you hit the snooze button and go back to sleep, you’ll lose that alertness and wake up later feeling tired and groggy.

Whats worse it that this grogginess can take hours to wear off.

So if you want a productive morning get into the habit of forcing yourself out of bed when your alarm clock goes off, no matter how tired you think you are.

If you believe that multitasking actually helps you get more done then I’m sorry that I’m about to burst your bubble.

Multitasking is a real productivity killer.

Meetings can eat up your precious time like nothing else, especially the informal kind. They have a tendency to drag and go off topic.

Of course there is value in meetings but just make sure there is a strict time limit, schedule and agenda to stick to.

8. Responding to emails as they arrive

Typically most time management tips will include something about checking your emails and or messages as soon as they arrive.

Productive people know that the interruption they bring can disrupt their flow and so they they check their emails at specific times of the day.

If you have people that require and urgent response it’s better to set up certain rules or alerts just for their emails and leave the rest until last.

By not responding straight away you train people to expect that they won’t receive an immediate reply and that can also help manage their expectations further down the line.

Do you have your priorities in order?

Most people are aimlessly coasting through their day to day activities without thinking of the bigger picture.

If you are to be ultimately productive in your life and achieve what you want to you must have a vision for it.

He advised his personal pilot to make a list of 25 things he wanted to get done before he died. He then advised him to pick out the 5 most important things from that list and ignore the rest.

Focus on taking action on those daily.

People often have a habit of starting with the easy tasks to get themselves going. Whilst it may be good to get those things ticked off the to do list its actually not such a smart idea.

You see we all have a limited amount of will power that declines through the day and usually when it comes to doing those tough tasks it usually doesn’t get done.

From my experience those tough or scary tasks are usually the ones that provide the most growth and move us forward…so make sure you get them done first!

The root of perfectionism lies in fear. Fear of failure, fear of rejection or just that it won’t be good enough and you’ll be criticised.

Its likely that if you have a habit of trying to do everything perfectly you may tend to procrastinate and subconsciously make excuses as to why you can’t get something done. 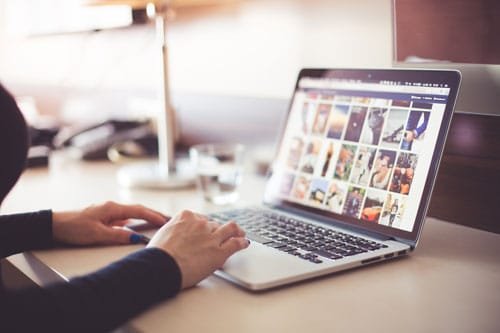 I’ve been guilty of this and sometimes still am!

A question pops up into your head and you get sidetracked looking up the answer, which brings up more questions, which leads to more research…you get the point.

It’s a combination of bad habits all in one. You interrupt your own work, you’re doing things that go against your priorities, you’re multitasking…don’t get caught by this trap.

The better habit to get into is to note down these questions and ideas on a piece of paper and look them up later outside of your work hours.

Awareness is the first step to change. If you’ve identified that you have an of these bad habits then the next step is to change them. A great resource is The Power of Habit by Charles Duhigg.

Limiting Beliefs: How To Identify And Overcome Them